Port of Virginia readies for the future with super-sized cranes 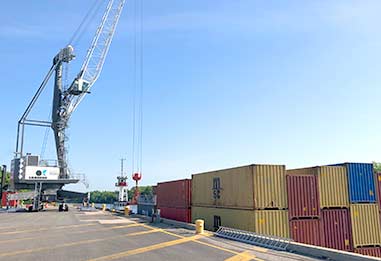 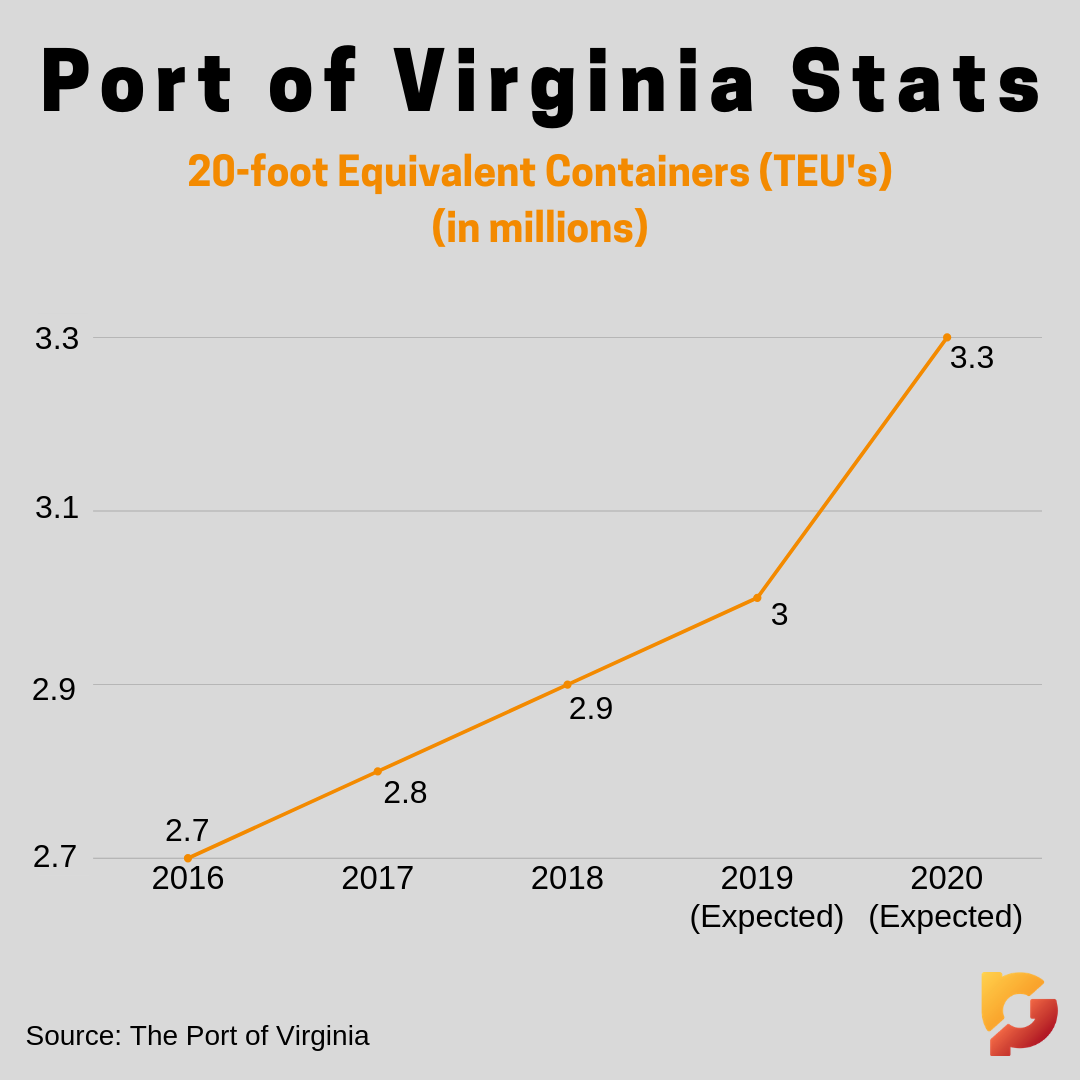 Down the James River from the Richmond Marine Terminal, the Port of Virginia’s shipment volumes are increasing and expected to rise through 2020. According to John F. Reinhart, CEO and executive director of the Virginia Port Authority, cargo container shipments have grown 15 percent since 2015 and shipments by barge are projected to surpass 34,200 this year and 41,200 by next year. By the end of the port’s current fiscal year, it predicts handling nearly 2.97 million 20-foot equivalent containers (TEUs). By FY 2020, the port predicts handling 3.25 million TEUs.

The Virginia Port Authority is investing in the port to prepare for this growth in shipments. The future of container delivery and port productivity at The Port of Virginia is its combination of technology, equipment, and people.

Four new ship-to-shore cranes—the largest in the Western Hemisphere—were delivered in January. The Port of Virginia now has 30 ship-to-shore cranes at work in the Norfolk Harbor and the ability to service the biggest container ships sailing the Atlantic Ocean, as well as even larger ships currently at work in Europe that will ultimately make their way to the U.S. That can lead to more volume for the Richmond Express barge service that sails three times per week to Greater Richmond.

“The big ships calling the port are only getting bigger and we are charting our course for the future to ensure we will be able to accommodate the larger capacities still to come,” said Reinhart. “Richmond is maturing into an important inland transit point for cargo and has become integral to our operation.”

The Port of Virginia has made numerous corporate and equipment investments to manage growth and to increase usage at the Richmond Marine Terminal. In January of this year, Brother International Corp. relocated a distribution center near the Terminal developed by California-based Panattoni Development Co. Two months later in March, the Port added a second barge to the Richmond Express, allowing more shipments up the James River to the Terminal. Other Terminal investments include a $4.2 million mobile harbor crane that allows the port to move shipping containers on and off the barge quicker, safer, and more efficiently.

The port is one month from completing its $320 million expansion of Virginia International Gateway (VIG) that will expand the annual container throughput capacity to 1.2 million units. The project is one of two large-scale expansion projects that, when complete, will increase the port’s overall annual container capacity by 40 percent, or 1 million container units, by 2020.

Four cranes were recently ordered to the tune of $44.8 million for the Port, which was recently named #5 in CBRE’s Seaport & Logistics Index. The largest of their kind in the Western Hemisphere, these cranes will be able to handle the Ultra Large Container Vessels, or ULCVs, that are currently calling the port, as well as even larger vessels that plan to call in future years.

“What is unique about these cranes is their outreach, they will be able to reach across a vessel that is 26 containers wide, which is three-to-four containers wider than most cranes,” said Virginia Port Authority (VPA) Board Chairman John G. Milliken. “We anticipated needing this capacity (of the cranes) for the ships that will be coming to Virginia 10 years from now. When that day comes The Port of Virginia will be ready.” 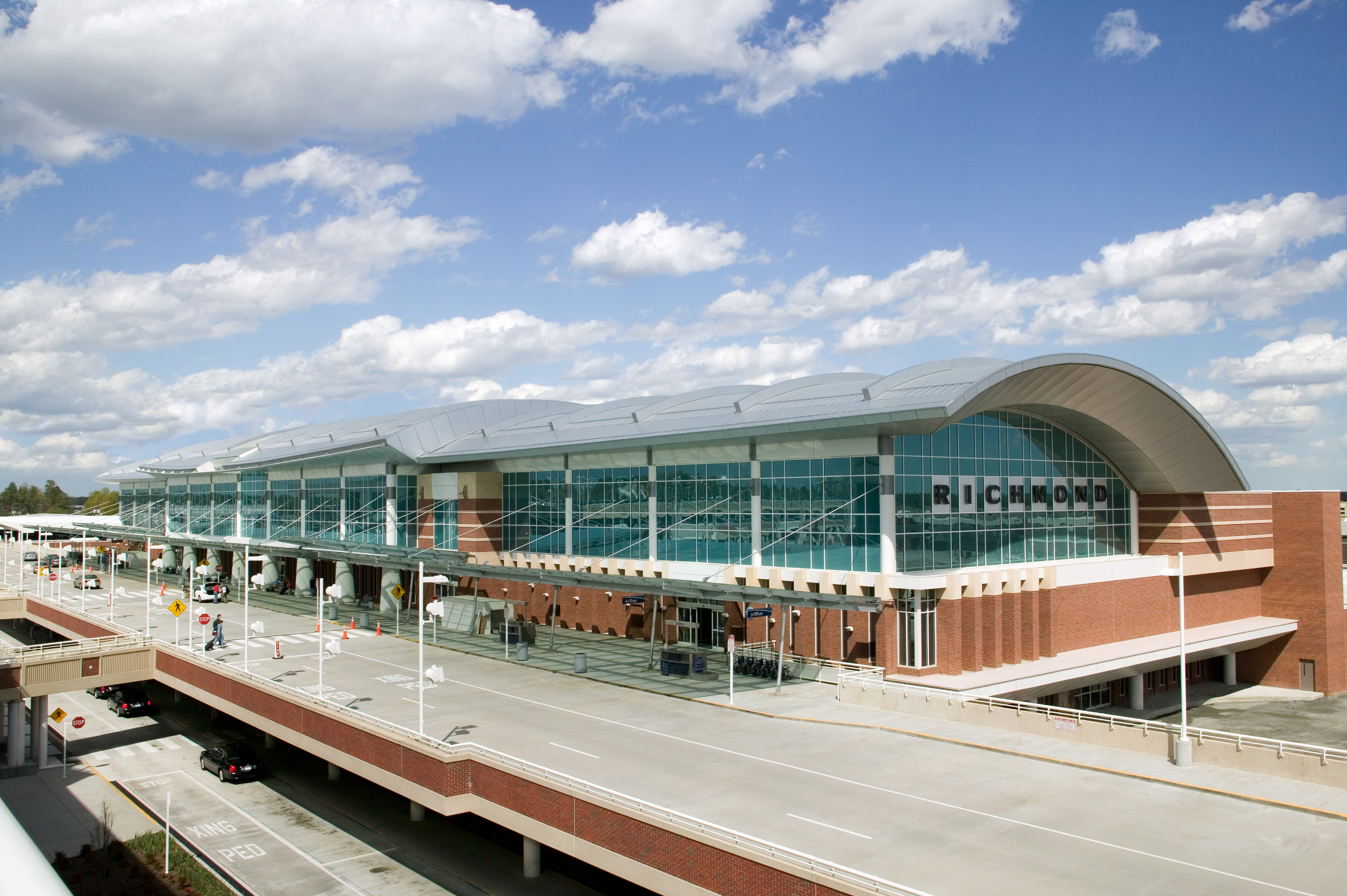 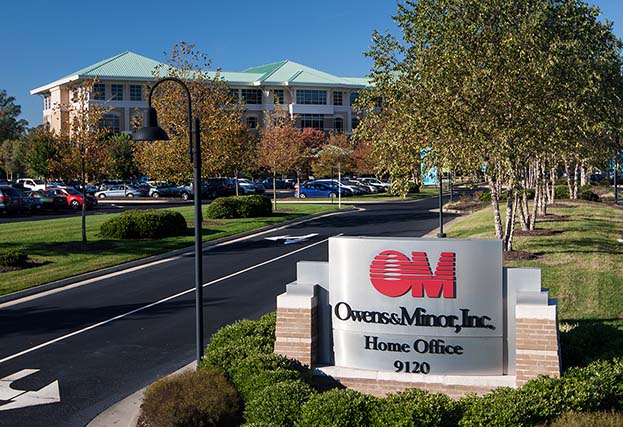 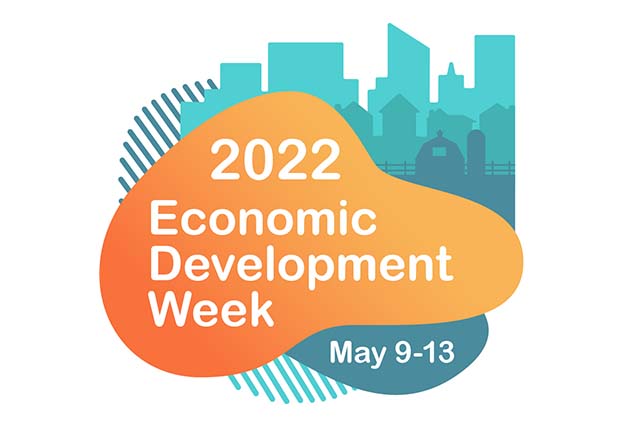